ALL YOU WANT TO KNOW ABOUT CAD AND JEWELRY

BY CadCamNYC Staff    |    30 July, 2018
A marriage proposal is a beautiful thing in itself, but when it goes wrong - not so much. Don't make these mistakes!

A marriage proposal is a beautiful thing in itself, but when it goes wrong - not so much. Even if you’ve got everything from the ring to the location checked off, you never know what could not go according to plan.

Asking someone to spend the rest of their life with you is nail-biting as much as it is gratifying, so it’s definitely easy to miss some basic yet crucial proposal do’s and don’ts.

With that in mind, take a look at the top 10 marriage proposal fails you could possibly make and hopefully avoid:

1. Proposing in Public When She Didn’t Want To

Knowing the personality and preferences of your soon-to-be fiancée is the first and foremost thing to consider. You are the one doing the asking and kneeling, but all eyes and ears will be on your partner and her “yes,” so make sure she’d be okay with a public proposal.

The last thing any woman wants is to be proposed to under pressure in front of a large group of witnesses, and the last thing you would want is to have your proposal turned down in public! What would be even more heartbreaking is if your girlfriend admits she only said yes because “all those people were there,” which is what happened to one poor Reddit user.

2. Proposing Without the Ring

This one goes without saying but believe it or not, many guys have proposed without a ring before and some still make the mistake of doing so. If you feel more than ready to propose but don’t currently have the finances for an engagement ring or afraid that she won’t like what you picked out, try seeing if her family has an heirloom you could use as a placeholder. You can also buy an inexpensive ring and then take her shopping for the real deal once your pockets are ready. 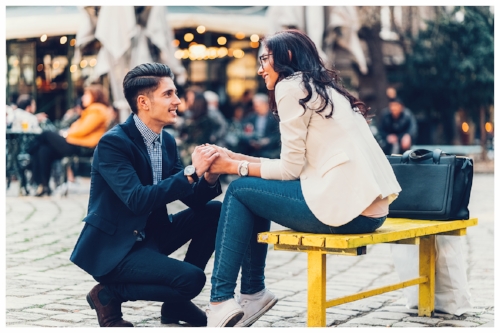 3. Not Preparing What to Say

A proposal wouldn’t be a proposal without the main question, and even if it’s just four words, it must be asked with conviction. It’s also ideal to prepare how you plan to pop the question by offering reasons why you love her and why you want her to be your life partner. Not that she’ll hate you for fumbling a few words, but nerves will be at a high before such an event so reciting or knowing what to say is important.

If you’re going to do research and you and your partner live together, then make sure to go incognito on the home computer and cover up any Google search tracks.

Accidentally leaving clues behind would be a huge bummer, especially if you’ve already hired a skywriter or photographer. Or worse yet, both.

5. Telling Too Many People

Proposals are such an exciting thing to plan out so it’s understandably tempting to inform one too many buddies and co-workers. It’s best to just keep it between you and her closest family members and/or friends; they may be the most helpful in planning the best proposal for your partner without accidentally spoiling the surprise. 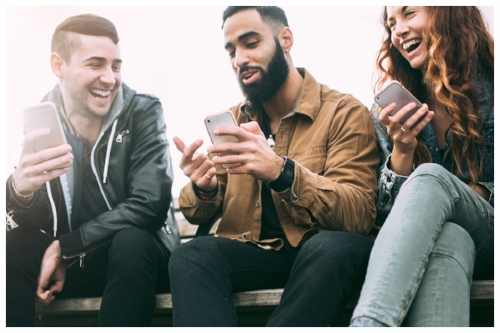 6. Not Choosing the Right Moment

Timing is probably the one thing that’ll make or break a proposal’s success. You want to propose when she is in high spirits and when she is least busy with work or other things, that way she can focus on enjoying all that the special moment has to offer.

Definitely don’t be that guy that tries to end an argument with his partner by proposing, or the man who had once popped the question on the Today show. His girlfriend seemed very excited that she was invited to talk about her non-profit work with Al Roker until he intervened and asked her to marry him. Although she said yes, there was only a stiff hug and no kiss that is usually supposed to follow a proposal.

Every major plan needs backup. Don’t be one of those guys that end up proposing on a stormy day because you didn’t plan ahead and check the weather. It’s totally fine if things happen out of your control, such as the man who had just so happened to drop the ring on the Brooklyn Bridge and have it fall through the cracks before he could even pop the question.

Still, do try to make the effort of keeping a mental list, consider all of the things that could possibly go awry, and formulate a backup plan from there. 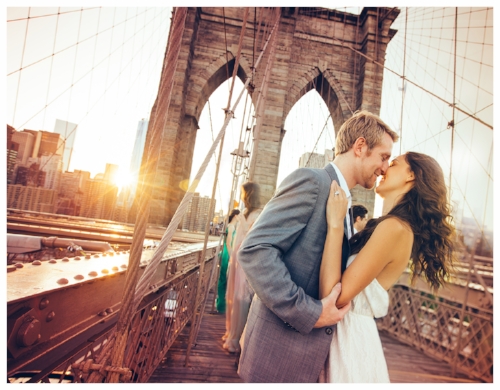 8. Hiding the Ring in a Bad Place

Making this mistake would quite literally be a recipe for disaster. You might’ve heard of the viral proposal fail where a woman swallows the engagement ring whole after her husband-to-be hides it in her milkshake.

To avoid terrible marriage proposal fails like this, it’s better to not hide the ring in any type of food or drink at all. It may be best to just keep it hidden in your pant pocket or on the inside pocket of a jacket for accessibility.

9. Not Being Sure She’ll Say Yes

This mistake is probably the worst one on the list and more commonly made than it should be. If you search proposal fails on Youtube, they’re mostly failures because the girl says no. It’s essential to remember that a proposal is ultimately an unspoken consensus.

Take one YouTube proposal fail for example, where a guy proposes to his partner in the middle of a mall food court, but unfortunately ends with her denying his request and dashing off in embarrassment.

Although proposals should definitely be a surprise, the idea of it shouldn’t, which many men make the mistake of presuming.  But if you’ve both mentioned or discussed and are on the same page about the idea of marriage, then there’s no doubt the proposal will be successful for the both of you. 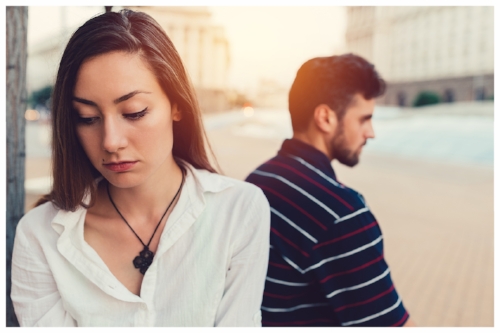 10. Not Making It Special Enough

Proposals by no means have to be over the top if you are more of a simple guy, but putting in the effort to make it special for your lover is always worth it. For example, you’d want to avoid proposing at McDonald’s and slipping the ring into your girlfriend’s cheeseburger wrapper while she’s not looking, which actually did happen in real life according to one anonymous eyewitness. 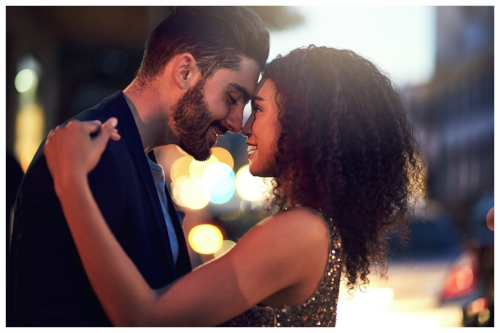 Just like how there is no right way to propose, this is simply a blueprint for a smooth and successful proposal. As long as you express your unconditional love from a genuine place in your heart, and do it with her best interests in mind, everything else will follow and go according to plan.